Visit the Photo Gallery to see the neat things you’ll see on Saturday during RAGBRAI this summer!

The Route Inspection Pre-Ride Team arrived in Council Bluffs this afternoon preparing for their seven-day journey across the state.  Jim Green, Dan McKay, Scott Garner, Andrea Parrott and I will ride the entire RAGBRAI route 50 days in advance of the event.  Green, the retired RAGBRAI director, and McKay, the State RIDE RIGHT Chairman, were appointed in 2005 to head up the Route Inspection Ride.  This year’s ride will encompass 406.6 miles across the state, from Council Bluffs to Fort Madison.

We plan to spend an entire week inspecting the route and meeting with the local RIDE RIGHT Committees, informing them what to do with the information gleaned from the inspection ride.  They also will be looking at traffic patterns since they will be riding the route on the same day of the week that RAGBRAI will ride on later this summer.

A big thanks to Rich Ketcham of Geobike for devising the high-tech GPS tracking system for the pre-ride.  Rich will also be joining the Route Inspection Riders for the week of riding.  Also joining us again this year is Mark Wyatt, Executive Director of the Iowa Bicycle Coalition, and his wife Jen.  We will have several others join us for the ride that we will introduce you to during the week including several of our RAGBRAI Crew members.

Thanks to Judy Green for provided the necessary support and encouragement to help the team out!

The team met Saturday evening with the local Council Bluffs RIDE RIGHT Committee to discuss Sunday’s pre-ride and safety concerns in their community.   The local committee is headed up by Jim and Marj Bojanski.  For the past several years, the Ride Inspection Team has been joined daily on their trek by the local committee members as well as local bike club members and bike shop owners that are willing to help.  The Council Bluffs Committee as well as the Harlan RIDE RIGHT Committee is expecting a few cyclists to join the group riding to Cherokee in the morning.

Council Bluffs will serve as the first overnight community on RAGBRAI XLI and the community is busy getting ready for the event.  Council Bluffs has hosted RAGBRAI five other times and this year is shaping up to be a great start for RAGBRAI XLI.   Their theme is “Wild Ride for Your Hide, Sizzle in Your Seat”

Festivities really begin in earnest Saturday, July 20.  Over 73 acres of camping surround the huge RAGBRAI Expo, Entertainment, and Beverage Garden in the Mid-America Center/Entertainment District at the intersection of I-80 and I-29.

Nearly 20 food choices and plenty of beer will create the right atmosphere for a reunion with old friends and a party scene to make new pals.

Close by the Mid-America Center, is a 16 screen movie theater and 3-D IMAX, a go kart track, and the Western Historic Trails Museum.  For the rider who wants a warm up ride, a visit to the Lewis and Clark Memorial overlook in the Loess Hills on the edge of town awards one with breathtaking views of the river and the Nebraska side of the river.

Looking for fun or great food?  Just around the corner from the Mid-America Center/Entertainment District is Tish’s a local favorite with a full menu.  Council Bluffs is home to three distinct casinos, each with plenty of food offerings to please.

The 100 Block of Broadway downtown Council Bluffs is home to Dixie Quicks, Rodeo BBQ, Fiddlin Monkey, the Broadway Bar, the 1892 German Bier Haus, T’z Sports Bar, Barley’s, and Glory Days.  The Farewell Breakfast will encourage the riders to pause and fuel up on this block Sunday morning, July 21.  The block will emphasize it’s Victorian character and will transform the block into “Petticoat Lane” for the first breakfast stop, complete with costumed characters to tease and delight the riders, wishing them well for the week ahead.

Council Bluffs will host some great entertainment to kick-off RAGBRAI.  The entertainment will be in the parking lots of the Mid America Center, the same place as the RAGBRAI Expo.  The Rumbles begin entertaining at 2pm, Hi-Fi Hangover at 5pm, and on the main stage at 8pm, Better Than Ezra will wow the riders, support personnel, and volunteers.  It is free for all RAGBRAI participants and their guests, so have a great time!

Better Than Ezra is the headliner for RAGBRAI in Council Bluffs

Everyone knows Better Than Ezra. They’re the million-selling band with hits like “Good” and “A Lifetime” that sells out venues coast to coast and enjoys a legion of fans so faithful they’ve dubbed themselves the Ezralites. So, what’s the story behind that name?

“We have never revealed it, even under duress,” says front man Kevin Griffin. “We just said, ‘Why don’t we just keep it a secret, and that will be our one little publicity stunt.’ As a result, there’s a couple of books out there about the origin of band names. U2 or Rolling Stones will have a paragraph dedicated to them, and then there’s like a page and a half on the origins of Better Than Ezra, which is just hilarious.”

While the band name remains a well-kept secret for now, the seemingly mysterious title of Better Than Ezra’s latest project, Paper Empire, speaks right to the heart of a world asking a lot of questions and ultimately discovering the things worth holding onto.

Check out this appearance on David Letterman playing their smash hit “Good”  http://www.youtube.com/watch?v=_m4XiXLpXDs

Hi-Fi Hangover is the most acclaimed cover band to hit Omaha in years. With a repertoire that includes classic to modern rock and a live show that is second to none, Hi-Fi Hangover isn’t just another cover band, they are a force to be reckoned with!

Hi-Fi Hangover exploded onto the scene in mid-2010 and have shaken the Omaha music scene to its foundation ever since. Renowned for insane guitar, thunderous percussion, pile driving bass riffs, off the hook vocals and a live show that is second to none, it is small wonder that they have rocketed to the top of the Omaha party scene in record time.

No other band boasts such unequaled musicianship, vocal prowess and sheer intensity in a live setting. A night with Hi-Fi Hangover is an experience unlike any other. Bathed in color from a cutting edge light show, audiences aren’t given a gimmick – they are given a show worthy of a national touring act. From the first note to the last song of the evening an audience that has partied with Hi-Fi Hangover has partied with the absolute best that Nebraska has to offer.

A RAGBRAI favorite for decades, the Rumbles have been one of the most popular and successful rock-and-roll dance bands in the Midwest for almost 50 years.

You’d think a band with such a storied history would be content to rest on its laurels and drive off into the setting sun of semi-retirement. Not a chance. There’s still more crowds to be rocked and their busy schedule proves it.

Originally an early-1960’s high school “garage band” from Council Bluffs, IA, the Rumbles began playing professionally in 1963 with the original permanent lineup of Rich Clayton and Joe Brunnworth on guitars, Warren “Bud” Phillips on bass guitar and Steve Hough (pronounced “Huff”) on drums. Although he was the last to join as well as the youngest member, Hough is the only remaining “original Rumble” today.

Now in its 15th Year, the RAGBRAI Expo has grown from its humble beginnings to being the largest bicycle expo in the Midwest. Hosted by Council Bluffs at their Mid America Center on Saturday, July 20 from noon – 9 pm, the Expo, at its essence, provides an opportunity for last minute repairs and equipment purchases before the pilgrimage across Iowa. However, the RAGBRAI Expo is so much more. Anchored by our 10 official bike shops and the RAGBRAI Information and Merchandise trailers, the Expo provides a menagerie of bicycle industry and health related exhibitors.  Look for the return of the wildly popular “RAGBRAI Outlet” tent and the RAGBRAI photo booth that will provide free photo strips for registered participants.

The 2013 edition of the RAGBRAI Expo will feature an expanded line-up of travelling exhibitors. These bicycle and bicycle component/accessory manufactures will give registered riders the opportunity to test their products throughout the week. 2013 travelling exhibitors include the top bicycle manufacturers in the world. Be sure to arrive early as demo reservations fill up quickly.

One new addition to the traveling expo will be WD-40 Bike.  Stop by and have your bike cleaned, lubed and protected for your RAGBRAI travels!

If you need it for RAGBRAI, or if you just want it for RAGBRAI, you’ll find it at the RAGBRAI Expo. And remember, money may not buy happiness, but it can buy new and fun cycling gear. What else is there?

For those that want to ride for a day and help with the inspection, a schedule is listed below.  You have to provide your own transportation back to the starting location and battle Dan and Joe when there is only two slices of pie left at the diner!

A schedule is listed below of the Route Inspection Ride across the state of Iowa.

Be sure to tune in each day for the daily updates and photos from the route inspection ride on the RAGBRAI web site and FACEBOOK. You can also follow the pre-ride adventure and learn interesting tidbits about the route by following us on TWITTER by following @RAGBRAI_IOWA or  @TJRAGBRAI. 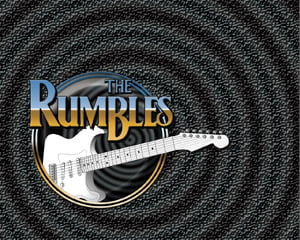